How Much to Relocate to a New Home? 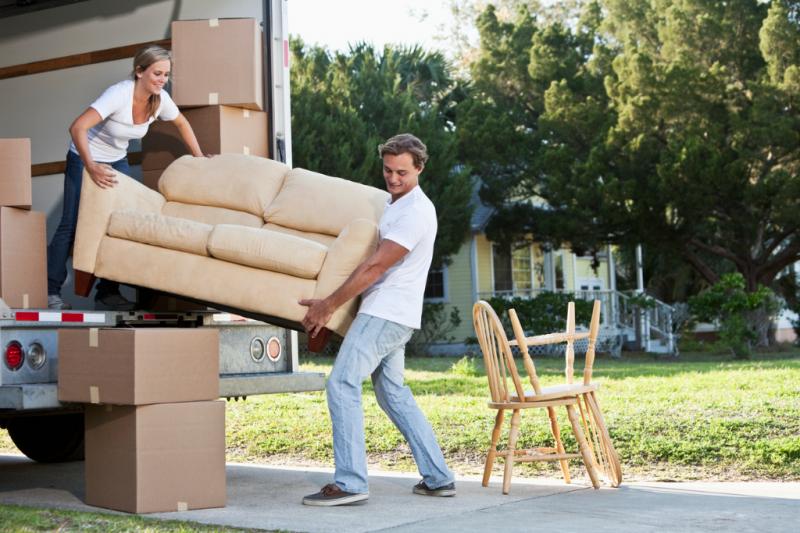 There are various reasons people choose to relocate to a new home quickly. For some, it could be for a promotion that requires them to be in a different city. Those folks might be pinched for time and frantically start googling 'sell my home fast' to accelerate the moving process.

When needing to relocate to a new home, it begs the question: how much will it all cost to do so?

If you're relocating to a new home, check out the breakdown of costs of doing so and ensure you're prepared for when you end up in your new home elsewhere!

As a rule of thumb, you can assume that the further away you need to relocate will be more expensive. However, certain variables can either reduce or increase the cost. If your vehicle (like a truck) can carry everything you have, you can always drive yourself to your new home with your stuff, and your only concern would mainly be gas. The cost of gas will most likely be dictated by how far you will need to drive from your former house and how many trips you would need to retrieve additional stuff leftover.

For the most part, people generally rent a moving truck for big moves like this. In which case, there are more expenses to consider associated with it. To get a truck rental, you need to pay a deposit that can cost as high as $150, with the rental itself being approximately $500-$1,700 for a long-distance move. Typically, local moves are less expensive, sitting between $132-$336. They factor in cost per mile, which naturally includes charging for fuel costs. You can expect to pay between $400-$600 in fuel costs for long distances.

Other options for long distance moves have been using moving pods. What are they exactly? Moving pods are storage containers that you can fill with all your stuff, and the company will send it to your new home and save you the trouble of driving. Even though you need to pack things yourself, it's considered a fairly cost-effective alternative, especially if you're relocating far. The cost can fluctuate since it considers the size and number of containers you will need, for how long, and of course - how far you will be moving. The container cost typically ranges between $1,500-$5,00, with moving coverage being around $35-$475.

However, if you're relocating beyond your border into a different country, there is no avoiding that it will be expensive. International moving costs will have you potentially paying over $10,000. In this case, it's important to budget even more carefully if this is the case for you.

Did you know moving insurance exists? If you didn't know that, it would be in your best interest to consider finding a form of insurance that can cover any potential losses, theft, or damage to your possessions during your move.

During moves, it's not uncommon sometimes to lose or damage things even if you're travelling short distances, much less long distances. If you have high-value items or sentimental possessions, it's worth looking into insurance to ensure they're secured and can be reimbursed if anything occurs to them. However, when looking into insurance for moving, it's important to review their policy to understand what they cover so you're not met with surprises and have to pay out of pocket.

Yet, you may be asking yourself, "How much is the cost of moving insurance?" Typically, the cost will be based on the value of your stuff and the type of coverage you end up choosing. If you're getting coverage from your mover, you can expect it to be free since it's already factored in the cost of your moving agreement. But if you're going through a third party for insurance, you can expect the cost would be between $180 and $900 for coverage.

When relocating to a new home, you don't always have the option to choose what time of the year to move. However, it's important to understand that whatever month you need to move can influence the cost of your overall move. Interestingly enough, winter is a reasonable time to move since it's inexpensive. The reason is that it's a fairly busy time of the year for most people, but notably, to avoid moving in snowy weather. Therefore, there is less demand and less expensive.

However, if you're not keen on moving during colder months, some months are known to be less expensive and can save you money on moving costs. From late September to April, you can expect to find affordable costs for your move. But if you have to relocate during the summer, it will be more expensive since moving companies are in high demand because most people prefer moving during the warmer months.

If you're taking it upon yourself to pack everything and move them, you can expect to pay less. However, the labour can be tiresome and stressful since it can take up so much of your time. You can pay for movers to pack and move your stuff without lifting a finger - which will cost you. You can expect the packing service to cost between $500–$4,000. This huge gap in packing service pricing is because of factors like how much stuff you have that can impact your final price.

Having to relocate to a new home can be exciting. However, it can be rather costly. However, breaking down what you need to consider before you relocate allows you to budget effectively and make the transition to your new home smooth and easy!